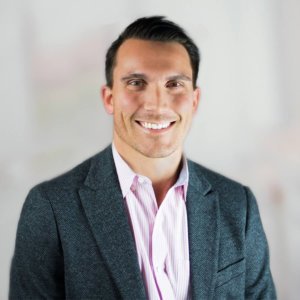 (SEATTLE, WA) – PAC Worldwide has announced the hiring of Thomas Parenteau as its new president. He will join the company immediately, working closely with the executive leadership team and current president Steve Foster, who is retiring at the end of this year after a long and successful career. PAC Worldwide CEO Jim Boshaw made the announcement from the company’s Seattle headquarters, where Mr. Parenteau will be based.

Mr. Parenteau arrives at PAC following two decades in senior executive roles at Cascades, a publicly traded Canadian packaging company. There, he led a joint venture between Sonoco and Cascades’ plastics group that spanned multiple business segments, including functional paper barriers, flexible, rigid and polystyrene packaging. Prior to that, the Quebec City native managed regional operations and sales, generating record-setting revenues and profitability for more than 15 years. His success reflects the strong focus he places on maximizing operational and commercial excellence to drive sustainable growth.

“Thomas is an innovative, empathetic, and results-oriented executive who expects excellence from himself and those he leads,” said Mr. Boshaw. “He continues the proud tradition of presidents that have guided PAC over its 47-year history.”

Upon joining the company Mr. Parenteau said, “I am honored and excited to assume the role of president at PAC Worldwide because of its unique position in the marketplace, the company’s trajectory and potential, as well as the incredible passion, know-how and dedication of the PAC team members. It’s a natural fit for me to join a team that shares my values and constantly pushes the boundaries.”

Mr. Parenteau, a Six Sigma Black Belt who has resided in Seattle since 2006, holds an undergraduate degree in mechanical engineering and a graduate degree in automated production engineering. He later earned an Executive MBA from the University of Washington and is a proud member of the Seattle YPO chapter.

Founded in 1975, PAC Worldwide Corporation has been a leader and innovator in developing and manufacturing customized packaging and contract packaging solutions for more than 40 years. The privately-owned company employs more than 1,800 team members through operations in the U.S., Mexico and Malaysia.