Jesse began working at PAC Middletown in April of last year as a production assistant. He supports James in Redmond with customer artwork and marketing design needs. He spent two years studying graphic and web design at the School of Advertising Art in Dayton, Ohio and worked as a designer upon graduation.

An artist at heart, Jesse loves to draw, sketch, and illustrate. He’s a diehard Bengals fan – be sure to ask him about his PAC Seattle jersey.He married his long-term girlfriend Lex on Halloween 2015 at a

On Halloween of this year, Jesse married his long-term girlfriend Alexis or “Lex” at a planetarium. They spent an evening under the stars, a nod to his last name “Moon”. Together they share their home with quite the collection of reptiles they love dearly. Quite fitting, as Alexis is going to school to become a veterinarian.

Here’s to a lifetime of happiness, newlyweds! 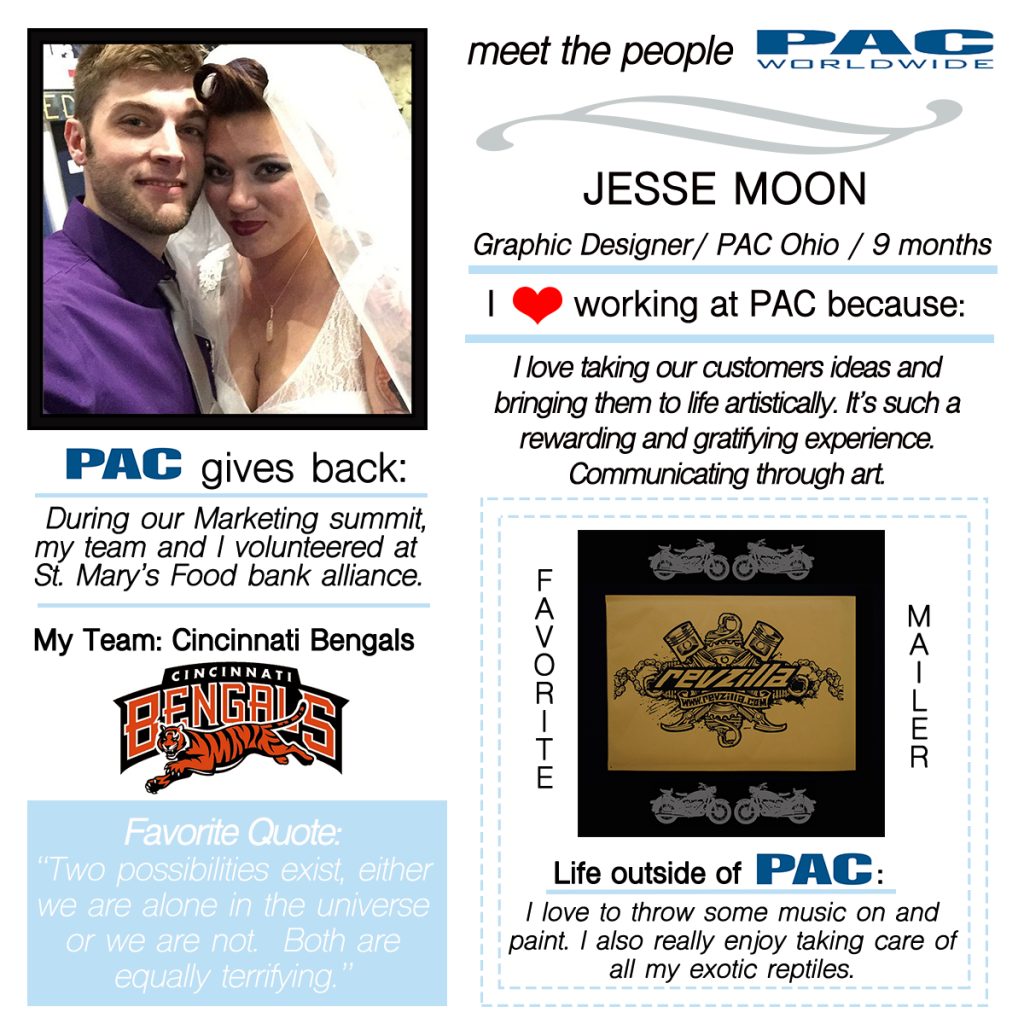 « How to Ease the Stress of Online Holiday Returns [Infographic]

Bubble Mailers are everywhere…well not exactly »